Remove upper inner panelling of B-pillar. There is a TX25 screw underneath the plastic cover. 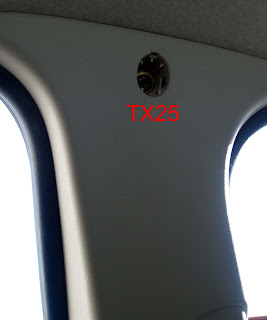 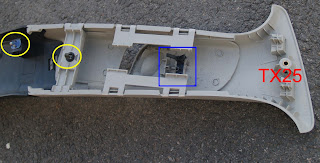 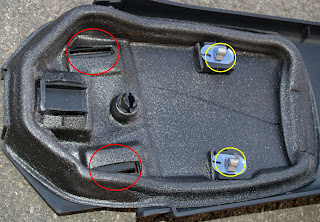 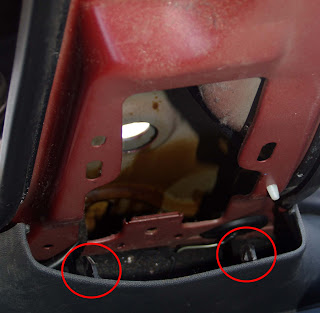 Detach reel retractor from B-pillar. A 13 mm. nut is reached through a hole from the outside of the vehicle. A plastic cover has to be removed in order to see it. You can see a photo of the reel retractor with the bolt, below. A special tool is required. (GM tool KM-6008-A or like the one I got) 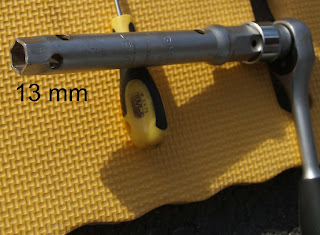 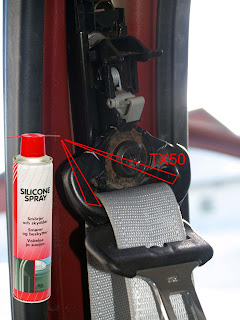 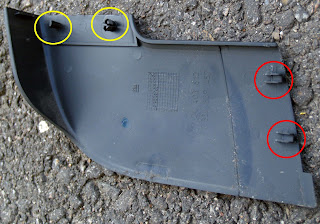 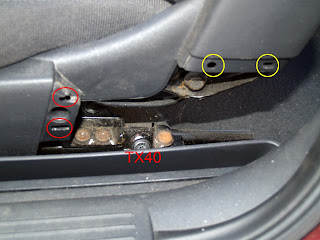 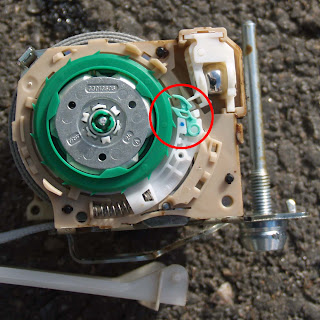 I left the seatbelt overnight in a bath of soap and water before I brushed it with a soft brush. It was well worth it. :) I think the previous owner was a coal miner which never washed his hands :) 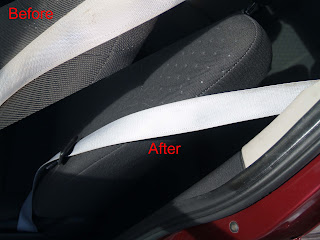