The machine and the pump seems to work normally, except that there is no water coming through the nozzle for hot water or steam.

I suspected that there was a blockage somewhere so I started with disassembling the machine. Remove the water tank and drip tray. 9 x screws without a slot for any tool. I used a pliers for these 2 screws (green ring). 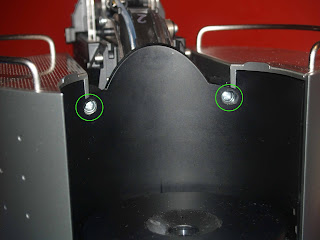 I used a Dremel with a cutting disk to make a slot in these 7 screws. Afterwards I could remove them with a flat-headed screwdriver. When I was was done with the repair I replaced the screws with Phillips screws. After the screws are removed, lift the warming-plates for cups carefully away from the machine. Careful! There is a electric connector behind each cover. 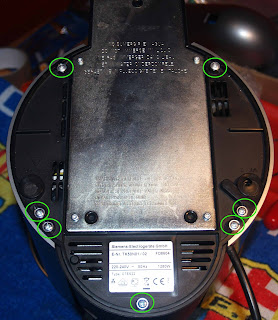 Screw with a slot (green arrow), and a screw as it was originally. The clip in the picture below is used to keep the water-pipes in place. 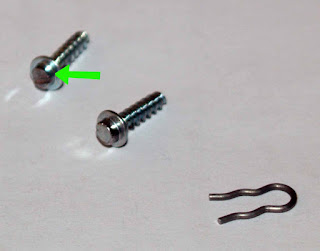 Remove the catch. One Tx 15 screw on each side of the catch (green ring). 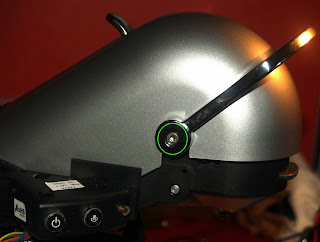 To remove the upper section cover. Undo the 2 x Torx (Tx 15) screws (green ring) and lift the front part of the cover. There are to hooks at the rear of the cover keeping the cover in place. 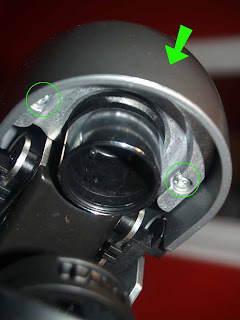 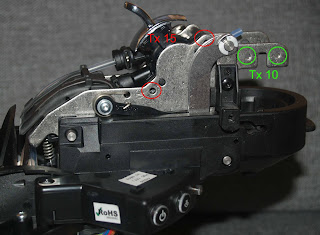 The nozzle is removed in the picture below. 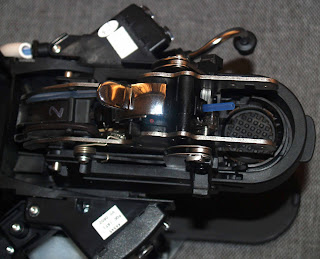 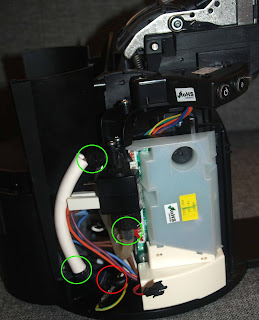 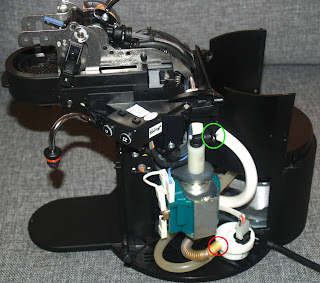 I assembled the machine and started the "Descaling program" with 500 ml descaling agent in the water tank. Afterwards I was running some clean water through the machine, before I made myself an espresso. Another unit saved from the scrapheap! 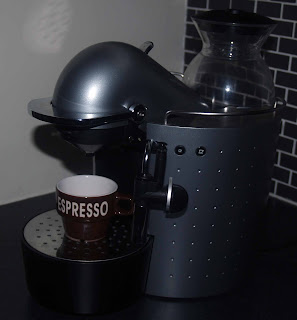 Here are the parts laid out after I had cleaned them. 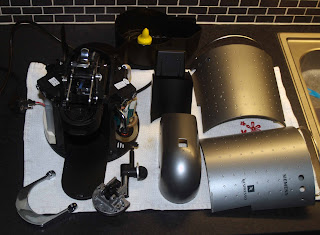 Email ThisBlogThis!Share to TwitterShare to FacebookShare to Pinterest
Etiketter: Kitchen