RF unlocking the car is not working.

I can lock/unlock the car using the IR (infra red) receiver at the door handle. The car can normally be locked/unlocked via IR or RF (radio signal). Since both keys were working via IR, I came to the conclusion that the keys were ok. Just to be sure that the radio signal was transmitted from the keys, I used a radio set on MW 1600. I could then hear the sequence transmitted by the key. 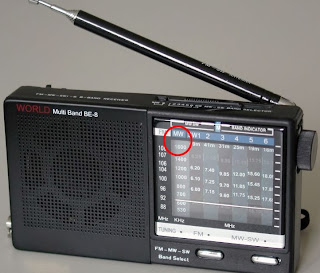 Conclusion: The fault had to be in the car.
I then checked the fuse for the antenna modul (RF amplifier).
7,5 A fuse (F008 antenna modul, fuse and relay box, rear N10/2). The fuse was ok. 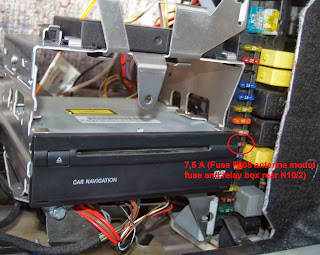 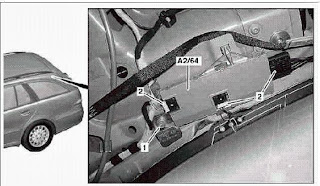 To get to it you will have to:
Undo 3 torx screws (red rings) and remove the black plastic panel. 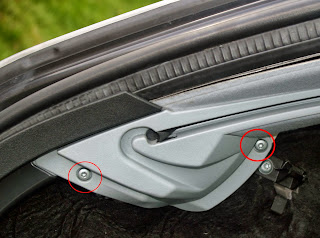 Remove the panel around the seatbelt. 5 metal clip (red rings) are holding it in place. 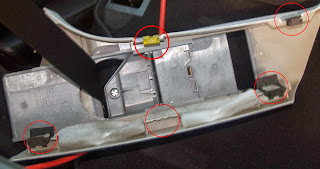 The roof panel over the window is kept in place by 3 plastic clips (red rings). 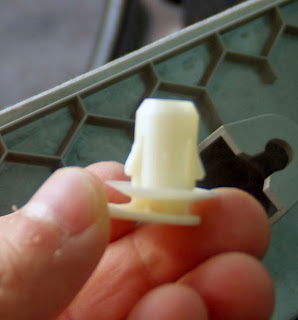 The antenna modul is now easy to get to above the window.

Use a multimeter to check the modul:
The red/yellow cable should have +12 V.
Pink/blue is +12 V. when the radio unit is switched on.
Grey/yellow should have +10 V. 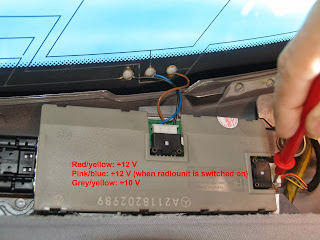 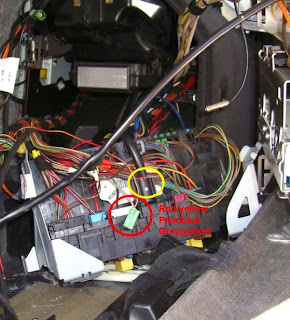 There is a green plug (red circle) behind the bigger black plug (yellow circle). This plug has the same coloured cables as the ones on the antenna modul. (Red/yellow, Pink/blue and Grey/yellow).
Used a multimeter set to ohm to check the continuity between N10/2 and antenna modul. 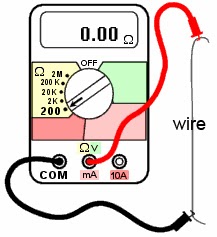 If the cable is ok, the mutimeter will show 0 Ohm. In my case it did for all 3 cables. The conclusion was then; the problem had to be in the antenna modul itself. 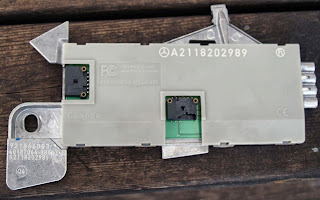